SWA Chief Executive Karen Betts was a speaker at the National Farmers Union of Scotland 2020 Conference. Read the full speech here.
Tagged with:

The Scotch Whisky industry is export-focussed: 90% of Scotch Whisky produced is exported to around 175 countries, making Scotch Whisky the world's number one internationally traded spirit. Scotch Whisky represents more than one fifth of UK food and drink exports, and three quarters of Scotland’s. Describing trade as “the lifeblood of Scotch Whisky”, the speech emphasised the importance of the UK’s future trade relationships – with and beyond the EU – to the industry. With the EU, the industry wants zero tariffs, regulatory consistency, continued protection for Scotch Whisky’s Geographical Indication and to be consulted at an early stage on new customs arrangements.

Sustainability was also highlighted as key to the Scotch Whisky industry’s continued success, with the speech emphasising that, although the industry is achieving against its environmental targets, there is more work to do to meet the Scottish Government’s 2045 net-zero goal. The Scotch Whisky industry has been working to reduce its environmental impact since the release of its Environmental Strategy in 2009, but the speech stressed the need to work in partnership with everyone in the supply chain to go further to achieve net-zero targets.

Speaking at the Conference, Karen Betts said: “It has been a pleasure to speak at the National Farmers Union Scotland conference.  The Scotch Whisky industry hugely values its partnership with Scotland’s farmers. The Scotch Whisky carefully crafted at Scotland’s 133 operating distilleries could not be produced without Scottish cereals, in particular barley.” 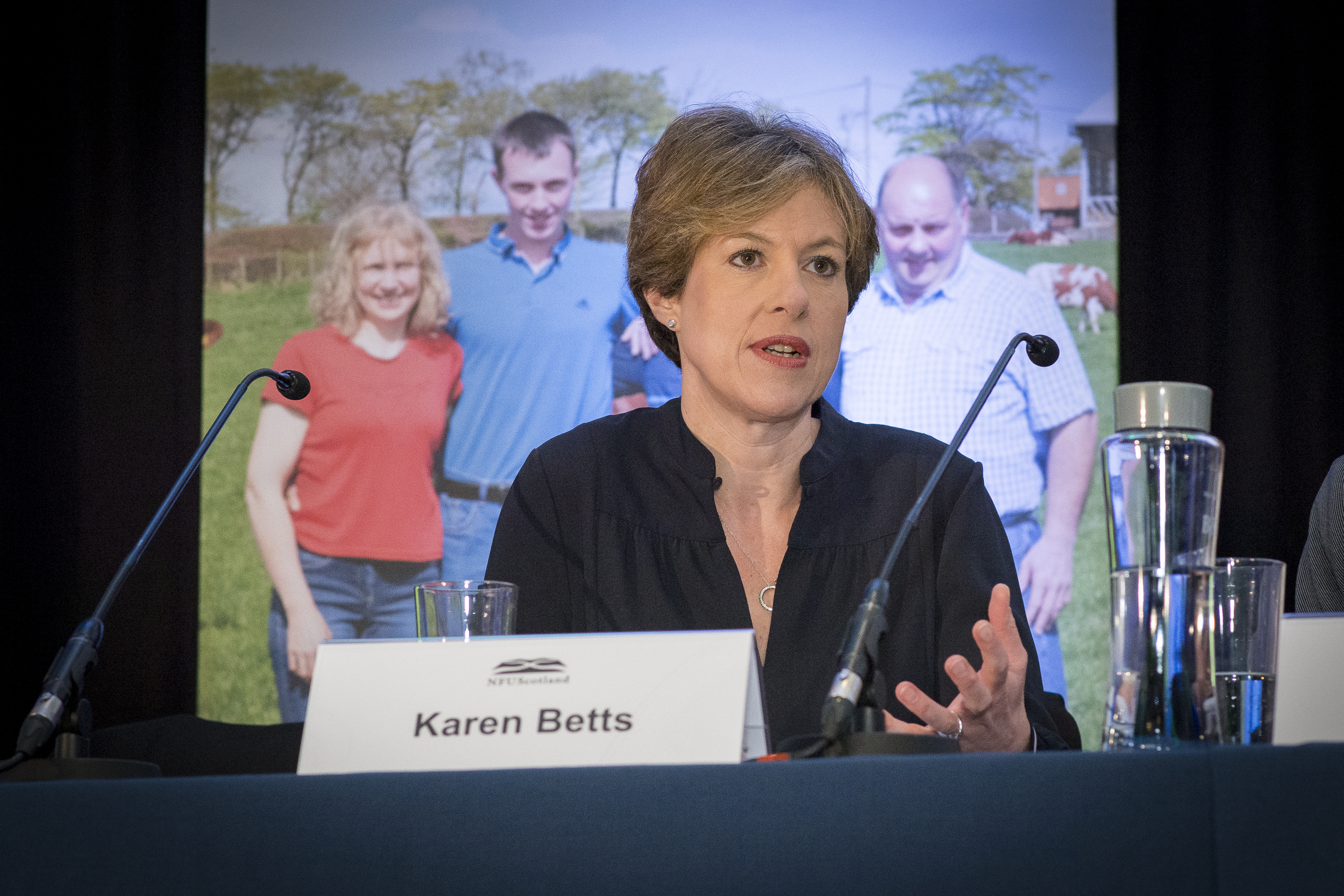 Karen Betts, who joined the discussion panel at the NFUS annual conference

“The farming industry is justifiably very proud of the part it plays in the global success story around Scotch Whisky.

"Scottish barley grown on Scottish farms remains the main ingredient of Scotland's largest export so the success and fortunes of whisky and the cropping sector in Scotland are intertwined.

"As the UK Government begins the process of negotiating post-Brexit trade agreements, there are growth opportunities.

"Scotch Whisky still finds it challenging to access some markets and a focus on removing these barriers and concentration on the markets that offer the greatest opportunity will be good news for Scotch Whisky producers and farmers.

"Governments working together with the industry is the best possible way to achieve the opportunities that we know exist.  That said, we cannot forget that Europe is a very important market and will remain so.  It is vitally important that trade with Europe is maintained in the future with a minimum of additional cost and complexity."

The full speech given by Karen Betts at the NFU Scotland conference can be found here.