Scottish Parliament raises a glass to 525 years of Scotch Whisky

525 years of the Scotch Whisky industry was marked at a reception at the Scottish Parliament.
Tagged with:

The Scotch Whisky Association last night celebrated the 525th anniversary of the first recorded dram by hosting an event at the Scottish Parliament.

Ministers and MSPs gathered at Holyrood to mark the occasion and were joined by SWA Chief Executive Karen Betts.

The first known mention of Scotch Whisky distillation is credited to Lindores Abbey in Newburgh, Fife. A note in the 1494 Exchequer Rolls details that by order of King James IV, ‘eight bols malt’ be supplied to Friar John Cor to produce ‘aqua vitae’ – the water of life.

Amongst those in attendance were Fergus Ewing MSP, Cabinet Secretary for the Rural Economy and Bruce Crawford MSP who tried their hand at the art of whisky barrel making with a little help from coopers from Speyside Cooperage. 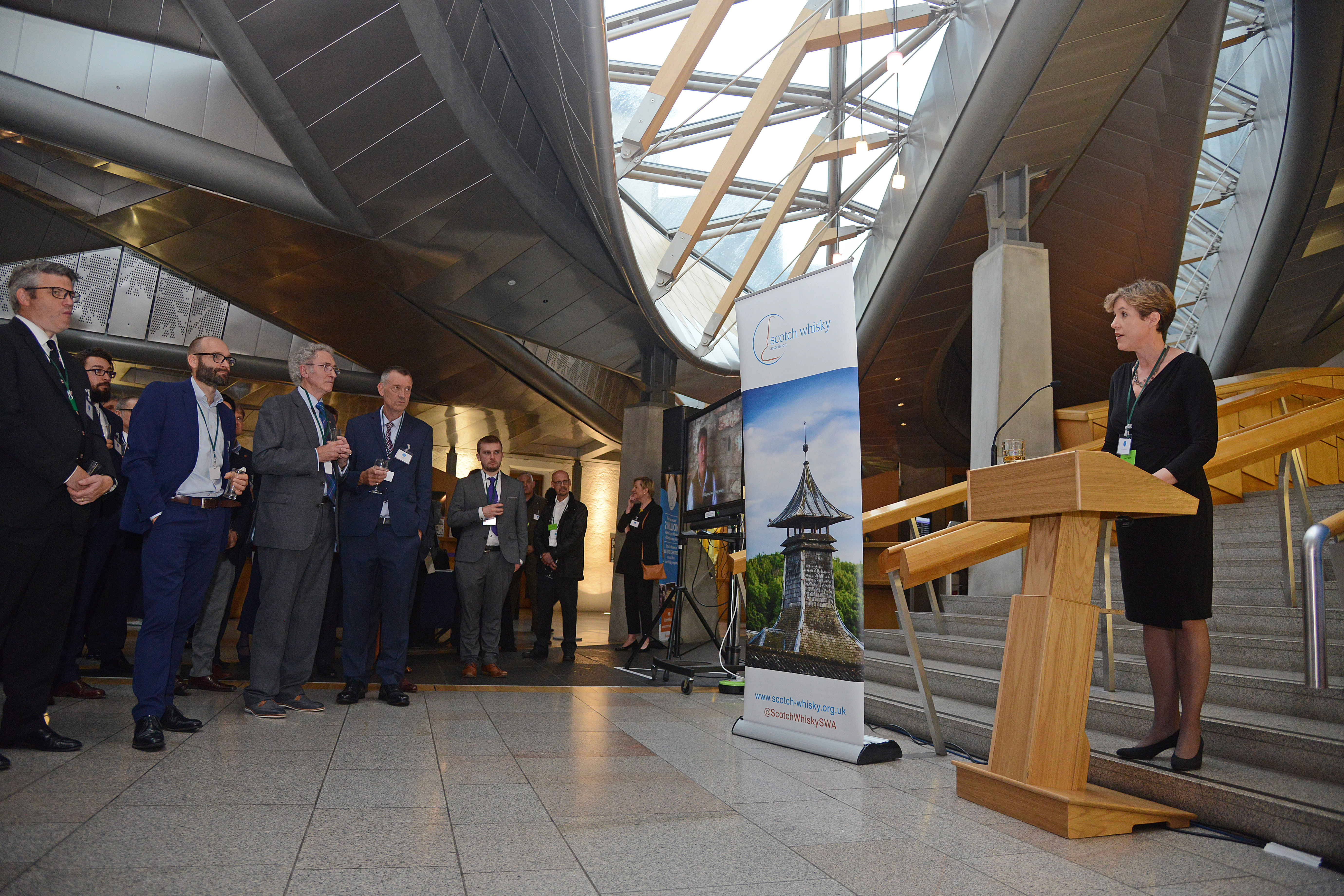 Chief Executive of the Scotch Whisky Association Karen Betts said: “Scotch has moved with the times. Scotland’s national drink is now our most successful global export, shipped to destinations which were only just being discovered by the explorers of the 15th century.

“Now we are proud that Scotch Whisky is the hugely successful export that it is. Over the last 525 years, the industry has not rested on its laurels and Scotch Whisky companies now produce some of the most globally recognised consumer brands.

“Only a couple of months ago, we marked a record number of visits to Scotch Whisky distilleries. Tourists from all over the world visit distilleries across Scotland to learn about the story of Scotch and of Scotland.”

Scotch Whisky tourism saw record numbers of visitors in 2018, with over 2 million visits to Scotch Whisky distilleries from tourists for the first time. The SWA’s annual survey revealed visits were up 6.1% year on year and 56% more than in 2010.

MSP for Stirling Bruce Crawford, who hosted the event, said:

“It has been a pleasure to host the reception recognising the great work the Scotch Whisky Association does and celebrating 525th Anniversary of Whisky in Scotland. Many centuries later Scotch Whisky is one of Scotland’s biggest success stories, with 2018 being a record year for exports.

“Yes there may be some uncertainties over the future as result of Brexit but this is an Industry that thrives on optimism and opportunity and I am sure it will go from strength to strength.”